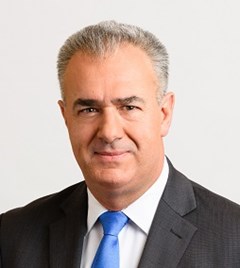 Deputy President for 2017/2018In accordance with Clause 11 of our Constitution:

“A President and Deputy President shall be elected annually by the Vice Presidents and Council from among their number to take office at the close of the Annual General Meeting in the year of election.”

Nicolas has served as the Head of Great Britain at Willis Towers Watson since January 4, 2016 and he also serves as the CEO of Willis Limited, the legal entity covering UK based activities from legacy Willis. Previously, Mr. Aubert served as CEO of Willis GB, the operating segment of Willis Group Holdings that included Willis’ London specialty businesses and facultative, and the retail insurance business in Great Britain since January 2015.

Mr. Aubert is an active participant to important market bodies. He is the Chairman of the LMG (London Market Group), a member of the Board and of the Executive Committee of LIIBA (London & International Brokers Association), and a member of the Insurance Institute of London’s Council.

Prior to joining Willis, Mr. Aubert served as the Chief Operating Officer of American International Group (AIG) in Europe, the Middle East and Africa, and formerly as the Managing Director of AIG in the UK. After joining AIG in June 2002 to lead AIG France, Mr. Aubert served in various other senior management positions, including Managing Director of Southern Europe, where he oversaw operations in 12 countries, including Israel.

Prior to AIG, Mr. Aubert worked in various leadership positions at ACE, CIGNA, GAN, and started his career at GENERALI. He holds specialized Masters Degrees in Insurance Law (DESS Assurances) from Pantheon-Sorbonne University of Paris and from Institut des Assurances de Paris (Universite Paris-Dauphine) and an M.B.A. from the French High Insurance Studies Center (CHEA).